To those who celebrate, the Friends wish you a Christmas that sparkles with joy.

Christmas is the 25th of December. For some Christian sects, it is a season that runs for twelve days until the Feast of the Epiphany (January 6). Literally, the mass (a religious service) for Christ commemorates the birth of Jesus of Nazareth, who believers revere as their Savior and god incarnate. Candles used in Christian worship, including during the Christmas season, remind the faithful that Jesus referred to himself as the light of the world and promised that his followers would not walk in darkness. In the person of Jesus, light conquers darkness and good overcomes evil.

According to the Gospel of St. Matthew, the Star of Bethlehem, or Christmas Star, led wisemen to pay homage to the baby Jesus. When the David M. Brown Planetarium is open, "An Astronomer Looks for the Christmas Star" explores astronomical phenomena that could have been the Star. Although Epiphany memorializes the visit of the wisemen, the Star has also become common Christmas symbol. If you missed "Hypatia Discusses the Star of Bethlehem," the recording is available on the Friends' Vimeo channel.

While most Christians celebrate Christmas on December 25, some ignore this holiday because it has accreted pagan traditions or because the date of Jesus' birth is not recorded in the Gospel accounts of his life. As is the case with many dates from antiquity, "December 25" is open to interpretation. Some Orthodox churches follow the older Julian calendar for religious festivals. December 25 in the Julian calendar falls on January 7 according to the Gregorian calendar used for civil timekeeping in the United States.

During the early Roman Empire, the winter solstice nominally fell on December 25 according to the Julian calendar in use then. In the third and fourth centuries of the common era, Christian observances of the birth of Jesus on December 25 became more frequent. While all the reasons for this choice are unclear, the joyous announcement of the birth of a child and the transformative power of love turns even the darkest days of the year into a season of light. 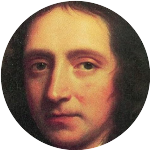