Welcome to the twelfth of our monthly newsletters. We will be bringing this bulletin to you around the middle of each month to keep you informed about Planetarium and Friends news, as well as happenings in the world of astronomy and events in our area related to science education. Visit the website for more news updates and a list of our articles.

Please support our programs with a donation
through the Combined Federal Campaign: CFC# 39066 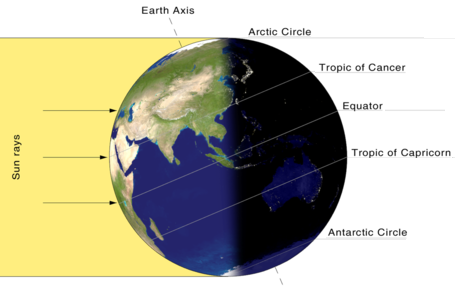 The Winter Solstice
This month’s newsletter comes to you on the Winter Solstice in the northern hemisphere. We hope that when the winter solstice comes around again, the Planetarium will be open and immersing our community in the wonders of astronomy through a new state-of-the-art projection system. However, we also look forward to the return of a perennial favorite: A Season of Light. Many religious and cultural holidays cluster around the shortest day of the year and celebrate the triumph of light over dark and good over evil: Hanukkah, Saturnalia, Christmas, and Yule to name just a few. Kwanzaa celebrated at the end of December has its roots in African first fruits festivals celebrated at the summer solstice; the southern hemispheric seasons are reversed from our northern ones. Mankind has tracked the turning seasons of the year, including the solstices, since prehistory. Archaeoastronomers seek to understand the science and knowledge of the ancient peoples through the monuments and sites they created. Contributed by Jennifer Lynn Bartlett.


The science instruments aboard the Hubble Space Telescopes entered a safe mode state on October 25 after experiencing a loss of data synchronization messages. Since then they have been returned to duty, one instrument at a time. On December 6 the Space Telescope Imaging Spectrograph went back to work; on that date the Hubble once again became fully operational, resuming its amazing 31-year career of service to science.

Annual Meeting Scheduled
The next annual meeting of the Board of Directors of the Friends of Arlington’s Planetarium is scheduled for 3 p.m. EST January 22, 2022. It will be free to all members and held online. Please watch the website or your membership email for details. Noreen Grice will speak at the meeting on the topic of making astronomy more accessible.

Black Holes Can Dance!
On December 12 the Friends hosted an online presentation by Dr Sethanne Howard about black holes. While we are closed we will continue to bring you a variety of programs online or at various venues. Make sure that your membership continues uninterrupted so that you don’t miss any announcements. Even though our doors are closed for now, we still have plenty of ongoing expenses, for current programs and to prepare for the future when we can open again. We depend on your support.

NASA’s Parker Solar Probe Touches the Sun
This month, NASA got confirmation that a spacecraft is the first to ever touch the Sun! The Parker Solar Probe spacecraft entered the Sun's corona, its upper atmosphere. The spacecraft entered the corona on April 28, but it took this long to download and analyze the data to confirm it. The probe sampled particles and measured patterns in the magnetic field within the Sun's atmosphere. The mission is designed to learn how the corona gets to be much hotter than the Sun's surface, and how to better predict the solar wind and solar storms that affect the whole solar system. It will continue to approach closer and closer to the Sun on future flybys. Contributed by Jim Edwards-Hewitt.

Telescopes, Part 2
In the last newsletter we learned a little bit about refracting telescopes. This time, we’ll talk about another popular telescope design – the Newtonian reflector. In 1668, Sir Isaac Newton created an alternative to the refractor design, using mirrors instead of lenses to gather and focus light. A curved primary mirror gathers the light, which is reflected to a smaller, secondary mirror. The light is then reflected to an eyepiece. This design avoids the chromatic problems that plagued early refractors, and allows for wider fields of view and large diameter, powerful scopes. Like refractors, the design of reflecting telescopes improved over time. By the late 18th century astronomer William Herschel was able to build a reflector that was 40 ft long with a 48 inch diameter mirror.

Then, in 1845, William Parsons, 3rd Earl of Rosse, constructed a giant reflecting telescope with a 72 inch diameter mirror at his estate in Ireland. Dubbed “the Leviathan of Parsonstown” it remained the largest reflecting telescope in the world until 1917, and was used to observe star clusters and nebulae. Most major optical telescopes used today are of the reflecting design. They are also popular with amateur observers, because of their relatively low cost and their ability to gather a lot of light to see dim objects. Some amateurs even learn to grind and polish their own mirrors to build their own scopes. Contributed by Kathi Overton.

The construction project at the former Education Center building should be finished by this summer, and everyone at the Friends of the Planetarium (FOAP) is looking forward to the reopening of the David M. Brown Planetarium for the 2022-2023 school year. FOAP supports the school system plans for installation of an updated and improved planetarium projection system prior to the re-opening. The Arlington County School Board will be voting to approve funding for the projection system at the January 20th School Board meeting. We hope you will contact School Board members prior to January 20th to let them know that you support the planetarium as a school and community resource, and that you are in favor of the funding for the updated projector. School Board members can be reached in several ways:

The James Webb Space Telescope is on track to launch on December 24, at 7:20 am EST. Follow the link for live coverage.