Welcome to the seventeenth of our monthly newsletters. We will be bringing this bulletin to you around the middle of each month to keep you informed about Planetarium and Friends news, as well as happenings in the world of astronomy and events in our area related to science education. Visit the website for more news updates and a list of our articles.

On May 12, the Arlington County School Board voted to add $147,871 for the Planetarium to their 2022-2023 budget. This amount should be enough to hire a teacher and cover most of the programmatic costs associated with running the Planetarium. The amendment wording indicated that the Planetarium should open in October or November. This vote concludes two months of advocacy in which so many Friends voiced their support for the Planetarium. They described its powerful science education role, its value to the whole community, and its lasting effects on former students. On February 24, the Superintendent surprised us with his recommendation that the Planetarium remain closed for an additional year as a cost saving measure. He did this after recommending that the projection system be modernized the previous month. Messy as this process has been, the Friends are excited that the Planetarium is scheduled to open this fall. We are grateful to everyone who contacted the School Board. Contributed by Jennifer Lynn Bartlett.

Micronovae can be detected from the Earth as 10-hour bursts of light. They are created when a white dwarf star attracts material from a companion star, which flows along magnetic field lines to the white dwarf’s poles. When the incoming material, hydrogen plasma, becomes sufficiently heated and compressed, it creates a fusion explosion. This is the weakest type of nova; the white dwarf survives, and indeed may undergo repeated micronovae. These events have been observed on three white dwarfs so far.

Some time within the next four years China’s space agency plans to send a spacecraft to intercept an asteroid to deflect it into a different orbit. The plan is part of China’s new planetary defense program. Related NASA programs include the Double Asteroid Redirection Test (see below). 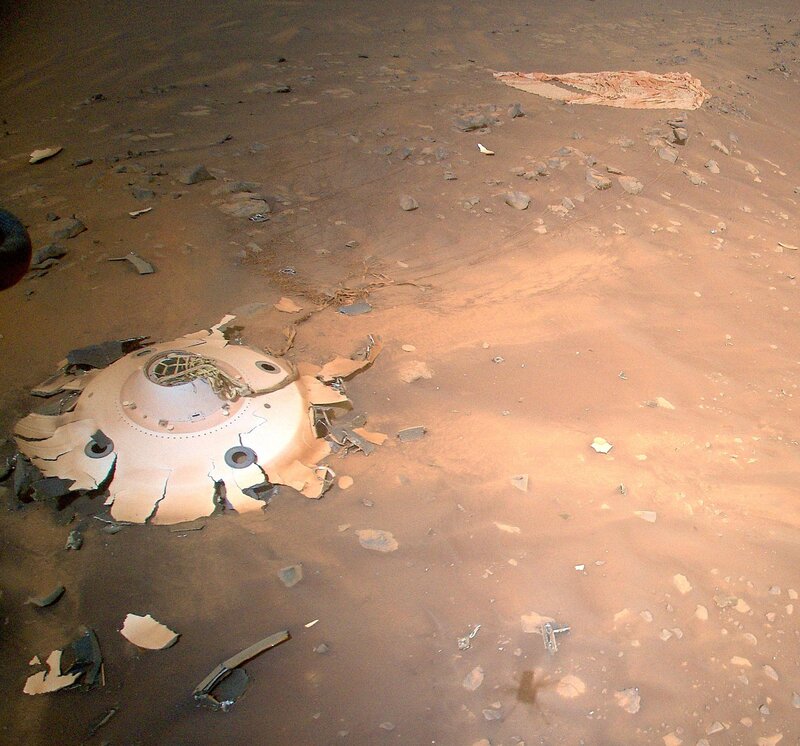 Supersonic parachute Backshell that
protected the rover
during its descent Credit: NASA/JPL-Caltech

On April 25th four non-government employees splashed down in the Atlantic Ocean near Florida after descending from the International Space Station, in which they had lived for two weeks, doing science. SpaceX supplied and controlled the Falcon 9 rocket and Crew Dragon capsule that transported the astronaut scientists to and from the ISS. While on the Space Station the crew performed 25 science experiments, including studies of brain health, cardiac stem cells, cancer and aging, and a technology demonstration to produce optics using surface tension in microgravity. Only two days later, a SpaceX Crew-4 launched from Kennedy Space Center. The Dragon capsule Freedom then docked with the ISS, bringing four new astronauts to the space station, and again increasing the station’s population to 11 total crew members. Then, on May 5th, the Crew-3 Endurance spacecraft left the ISS and carried its four astronauts to a splashdown in the Gulf of Mexico, ending their 175 day mission. 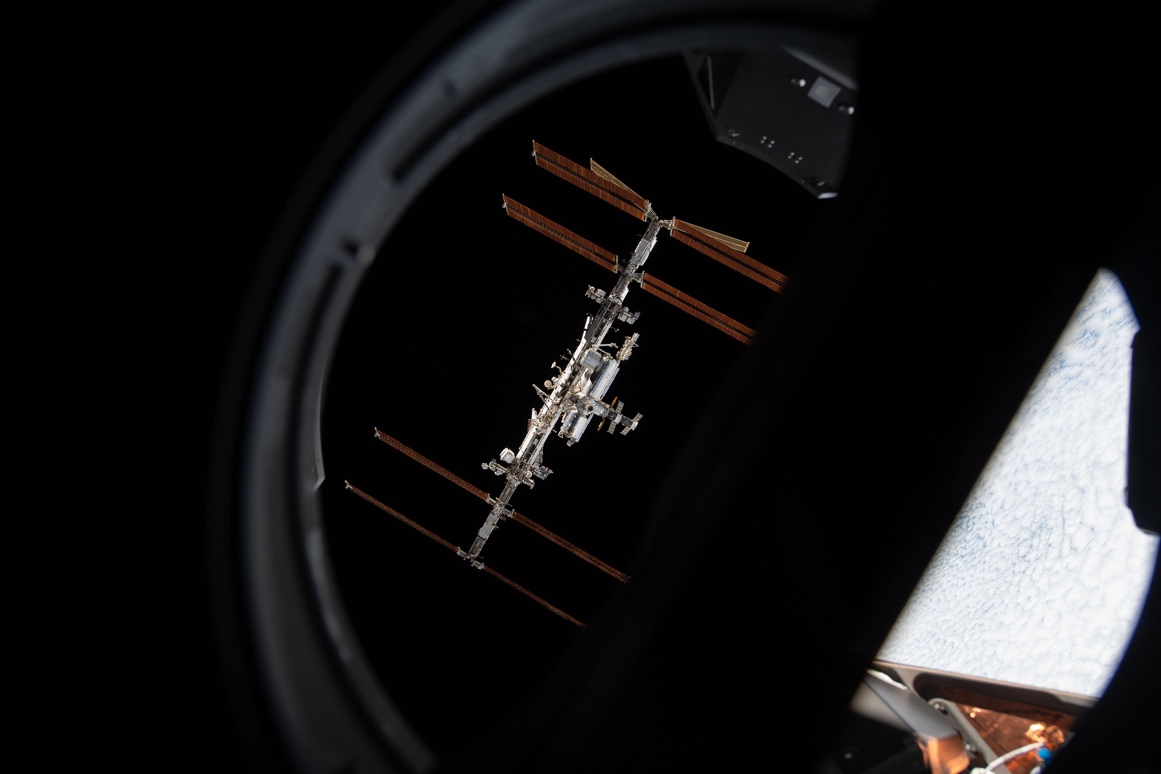 With contributions by Kathi Overton. 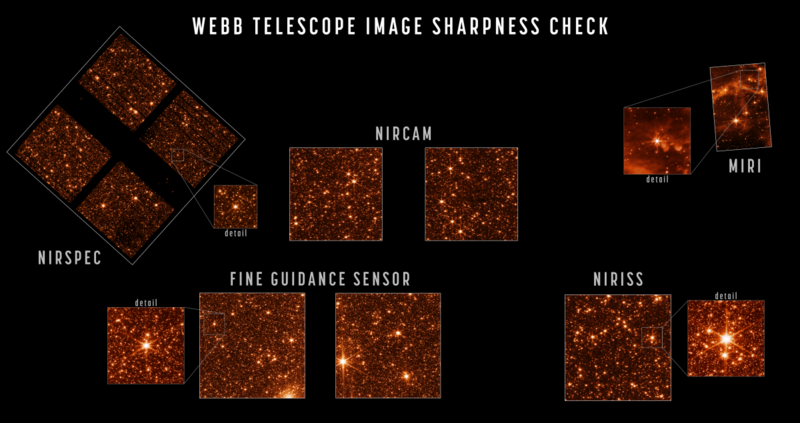 The image is a composite of a focussing test of all of the JWST’s observing instruments. It shows that the mirror alignment is correct and that the Telescope will be ready to proceed with its science mission in about two months. The optical performance of the JWST is better than the most optimistic projections; each instrument is receiving a diffraction limited image, indicating essentially perfect focussing. 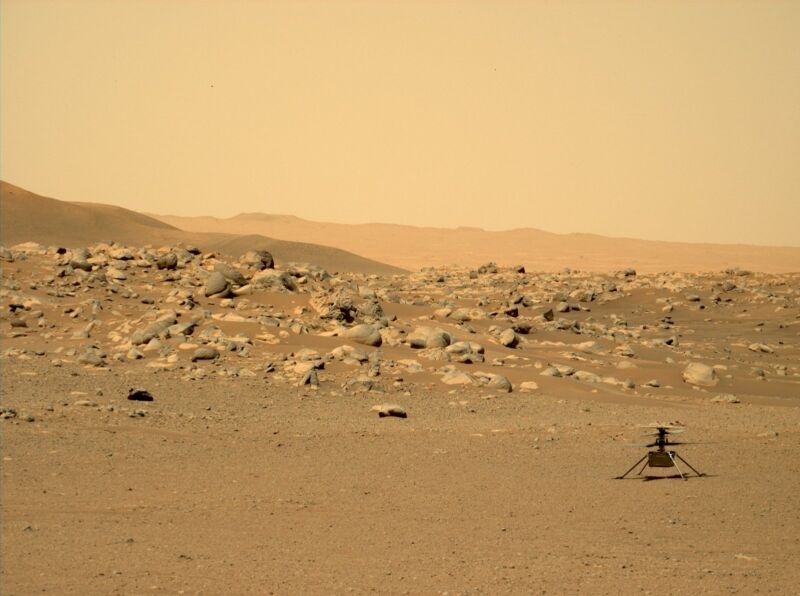 After losing contact
with its helicopter,
NASA put the Mars
mission on hold Due to dust on its solar panels, Ingenuity’s flight computer went to sleep. NASA told the Perseverence Rover to stop work and listen for a signal from the helicopter. Success: after a day Earth received a message from Ingenuity, relayed through Perseverance. The helicopter’s batteries could be charged to 41%.
Credit: NASA 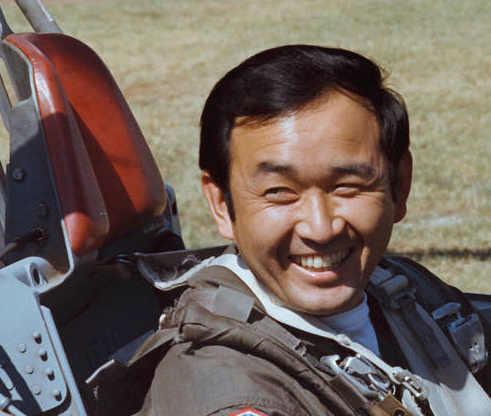 Col. Onizuka was the first Asian-American astronaut. He was born in Kealakekua, Kona, Hawaii. In 1969, he earned bachelor’s and master’s degrees in aerospace engineering from the University of Colorado, where he participated in the Reserve Officer Training Corps (ROTC). He was commissioned in the US Air Force in 1970. He served both as a test pilot and on the staff of the test pilot school. NASA selected him as an astronaut candidate in 1978. He flew as a mission specialist for 74 hours on the Space Shuttle DISCOVERY in January 1985. A year later, he died when the Space Shuttle Challenger exploded less than two minutes after launch. The Friends honor the memory of the astronauts who gave their lives seeking knowledge for humanity.
Contributed by Jennifer Lynn Bartlett.

Early risers can catch Venus, Mars, Jupiter, and Saturn, which are among the brightest objects in the pre-dawn sky. Mercury is lost in the evening twilight through the end of May. Your best chance for seeing it will be just before dawn on June 16.
Contributed by Jennifer Lynn Bartlett.

How Do Spiral Galaxies Spiral?

Save the evening of May 27 for a wonderful, virtual talk by Dr. Sethanne Howard about spiral galaxies. Dr. Howard received a degree in physics from the University of California, Davis, a Master’s Degree in nuclear physics from Rensselaer Polytechnic Institute and a PhD in astrophysics from Georgia State University. She taught high school physics and university astronomy, worked for a US Naval facility as an oceanographer and meteorologist, and was involved in developing early computer-based image processing for astronomy. She has given several popular talks for the friends recently including “Black Holes Can Dance!” last December. Full details of her upcoming talk will be available soon.
Contributed by Jennifer Lynn Bartlett.

If you missed the live version of Dr. Matthew Knight’s explanation of the Double Asteroid Redirection Test (DART) mission, you can catch the video on our YouTube channel. In it, he explains the danger posed by Near Earth Objects (usually asteroids) and how NASA is planning to defend the planet by adjusting the orbit of potentially threatening bodies.
Contributed by Jennifer Lynn Bartlett.

Beginning in the evening of May 15th 2022, and extending into the early hours of May 16th, there was a total lunar eclipse visible over a large part of the western hemisphere. Lunar eclipses happen when the Sun, Earth and Moon align so that the Earth casts its shadow on the surface of the Moon. The Moon turns red during totality, and the shade and brightness varies with each eclipse. A lunar eclipse is a fun astronomical event to watch, since it is easily visible to the naked eye and does not require any protective eyewear. Unlike a solar eclipse, it can be seen anywhere the Moon is visible in the sky, and it is also long in duration, so you have plenty of time to observe it. Unfortunately, the skies above Arlington, VA were mostly cloudy during this week’s eclipse, but people elsewhere who had better weather conditions have posted fantastic pictures on the internet! People in North America will have another chance to observe a total lunar eclipse in March of 2025. 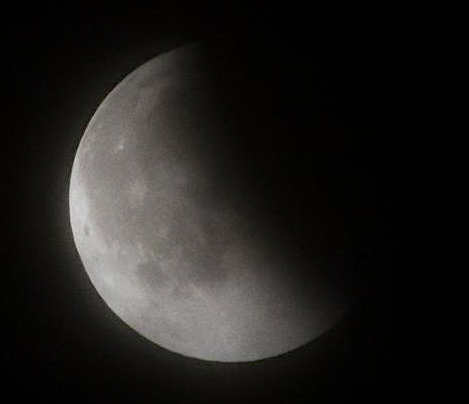 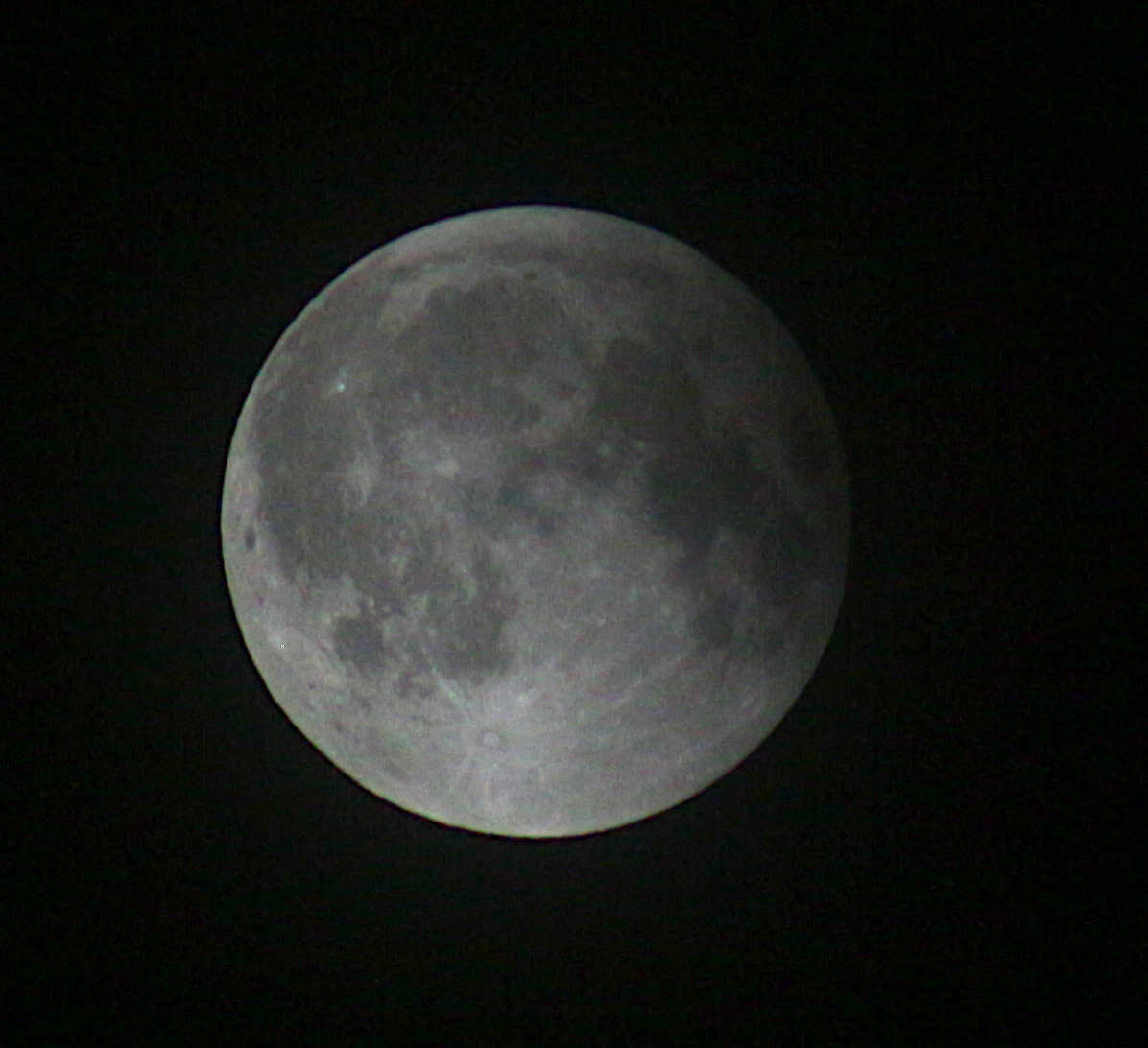 The very end of the eclipse from Tegucigalpa, Honduras.
Credit: Lee Phillips

Edited without mercy by Lee Phillips.