Welcome to the sixteenth of our monthly newsletters. We will be bringing this bulletin to you around the middle of each month to keep you informed about Planetarium and Friends news, as well as happenings in the world of astronomy and events in our area related to science education. Visit the website for more news updates and a list of our articles.

On April 7th several members of the Board of Directors of Arlington’s David M. Brown Planetarium contributed public comments urging the Arlington Public School’s Board of Education to hire a Planetarium Director for the upcoming school year. Without this full-time teaching position, the Planetarium must remain closed; it will not be available either for school programs or for special shows. Please consider making your views on this matter known to your school Board.

On April 9th a SpaceX rocket carried an all-private team of astronauts to the International Space Station. The team is led by retired NASA astronaut Michael Lopez-Alegria. After docking with the ISS, they will undertake eight days of biomedical and other science research. 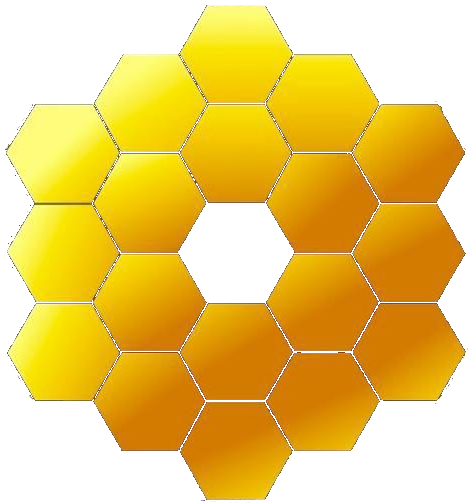 On April 7, the Mid-Infrared Instrument on the James Webb Space Telescope reached its final operating temperature just 6.4° above absolute zero, after a session with the observatory’s cryocooler. The cold temperatures will allow the JWST’s instruments to detect faint infrared signals from some of the universe’s earliest-formed galaxies.

As the light from stars and galaxies takes time to traverse space and reach our telescopes, looking at distant objects reveals their states not at the present moment, but in the past.

Credit: NASA The farther the object, the more ancient its information. We can tell how far away a star is by measuring its redshift: due to the expansion of the universe, the more a star’s spectral lines are displaced toward the red end of the spectrum, the farther away—and older—it is. The Hubble has managed to observe a star with a redshift of 6.2, dating it to merely 900 million years after the Big Bang. It could only be detected due to its massive size, 50 times the mass of our Sun, and a large magnification factor produced by gravitational lensing courtesy of an intervening galaxy. The ancient star, called Earendel, may in fact be a binary star, or something else. The James Webb Space Telescope should be able to determine its true nature.

A NASA astronaut just landed in a Russian spacecraft, and all is well 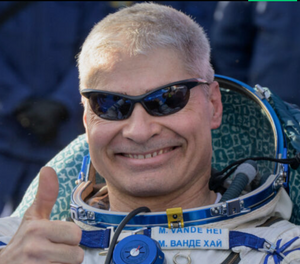 Credit: NASA NASA astronaut Mark Vande Hei, shown here, returned to Earth from the International Space Station on March 30th inside a Russian Soyuz spacecraft that he shared with two Russian cosmonauts, landing in Kazakhstan. Cooperation regarding the ISS among nations including Russia is expected to continue, despite the latter’s ongoing war crimes.

Turn your phone into a space monitoring tool

The European Space Agency Navigation Innovation and Support Programme has developed a cellphone application that people can use to gather data about signals from navigation satellites. The data, amassed from many phones in the hands of the populace, can provide information about such things as water vapour in the lower atmosphere. 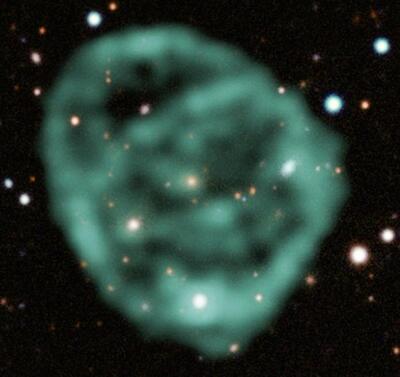 Only five have ever been sighted before, and none as clearly as this. Reflecting the talent evinced by astronomers in naming things, they are called “Odd radio circles”. They are circles, more or less, and they are radio emissions, and they are indeed odd. This one, called ORC J2103-6200 or ORC1 (the ORC stands for Odd Radio Circle, obviously), was imaged by the high-resolution MeerKAT radio telescope in South Africa. This thing is gigantic: it spans about a million light years, ten times the diameter of the galaxy that we live in.

On April 16th a Shenzhou 13 space capsule landed in the Gobi desert, in Inner Mongolia, and disgorged Wang Yaping, Zhai Zhigang and Ye Guangfu. The three astronauts had completed a long stay in the Tiangong, or Heavenly Palace, the Chinese space station that is still under construction. China is excluded from the International Space Station because of the martial character of its space program, which is operated by the Communist Party’s military wing, the People's Liberation Army.

Edited without mercy by Lee Phillips.