We are excited to bring another artist premiere to the planetarium as we host Kelley Bell's Babel. We will have multiple free screenings each night as well as the opportunity to hear from the artist herself on Friday. Saturday, in addition to the free screenings, we will have an astronomer talking about the 2017 total solar eclipse and Sunday we premiere “Chasing the Ghost Particle” as well as a presentation on the IceCube Project. It is going to be a weekend you will not want to miss so be sure to reserve your seats now.

Babel is an animated video by Baltimore City artist Kelley Bell. The soundtrack features the song “Many Horses” from For Stars and Atoms, an album by the excellent band Yeveto. Babel takes advantage of the David M. Brown Planetarium’s domed ceiling to present a five minute tour of the iconic structures and institutions built around this architectural feature, placing viewers beneath the oculus at Rome’s Pantheon; gazing up at the gorgeous lattices of Tilla Kari Madrasa in Uzbekistan; and our own nation’s Capitol Building, to name a few. 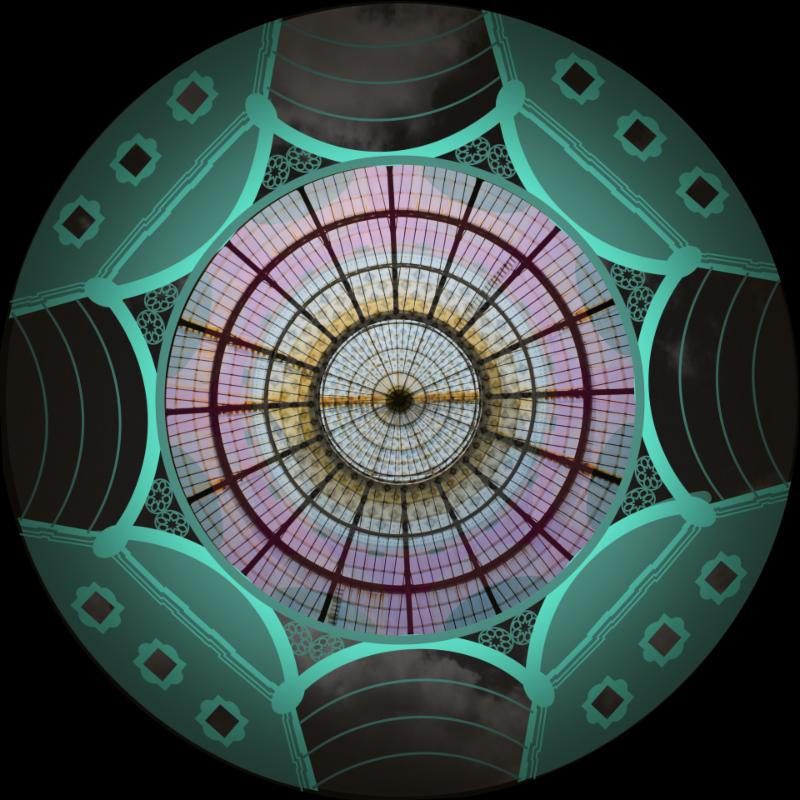 This screening is made possible by support from Arlington Arts.

Kelley Bell holds an MFA from the University of Maryland, Baltimore County in Imaging and Digital Arts, and a BFA in Graphic Design from Pratt Institute. Her animations have been screened locally and as far away as Zagreb, Croatia. Screenings include the Visionary Arts Museum, the Annapolis Film Festival, The Transmodern Arts Festival, and the University of Maryland College Park. She was a recipient of the Maryland State Arts Council Individual Artist Award in 2004, and 2013, a semifinalist for the Sondheim Art Prize in 2010 and 2011, and a Robert Rauschenberg Foundation Artistic Innovation And Collaboration Grant in 2013. Never one to think small, her large-scale public projections have appeared in numerous festivals such as the InLight Festival in Richmond, Virginia, the Lumen Festival in Staten Island, New York, the Northern Spark Festival in Minneapolis, Minnesota, and Animafest Zagreb in Zagreb, Croatia. Her projection series, “The Clock Strikes 100”, celebrating the 100th anniversary of Baltimore, Maryland’s BromoSeltzer Tower was named Best Public Art Project by Baltimore Magazine in 2011. She is an Associate Professor and Associate Chair of the Visual Arts Department at University of Maryland, Baltimore County.

Please note that show times may be pushed by a 5 to 10 minute window based on occupancy and the ability to move patrons in and out of the dome quickly. We appreciate your patience and understanding as we strive to give you a great experience at the David M Brown Planetarium.

Tickets for this event are free, however we ask that you reserve a ticket for the time you would like.