Early Saturday evening a contingent of storm troopers dispatched from the Galactic Empire invaded and briefly occupied the Arlington Planetarium. 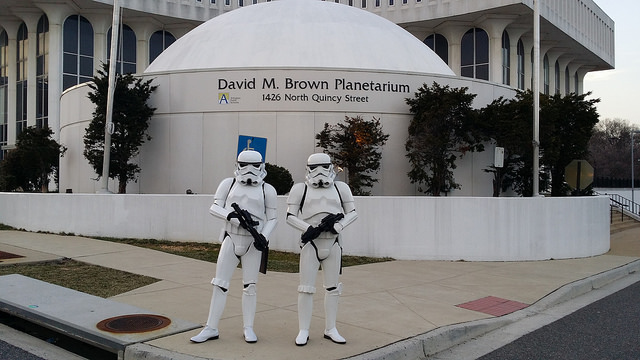 They were aided by the notorious Doktor Sinister and two of his henchmen. The agents of the Empire held about forty people hostage in the Planetarium for nearly two hours, during which Dr. Sinister and his evil assistants subjected the captives to a bizarre torture ritual, forcing them to attempt to answer a series of abstruse questions about science fiction. 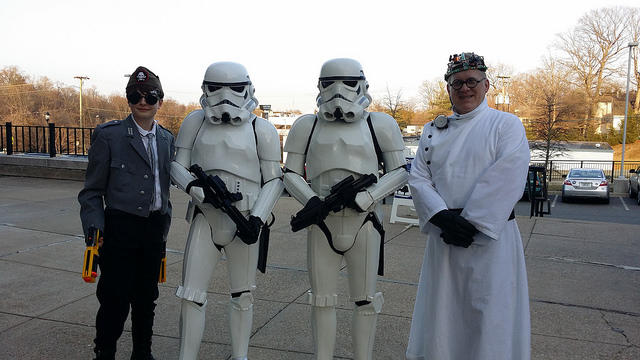 Passers-by interviewed later said that the agonized wails of the hostages, as they failed to answer questions that they were sure that they knew but just couldn’t remember at the moment, could be heard from a block away.

Eventually, due to the courageous efforts of a Rebellion force led by Rebel Commander Kathi Overton, the Empire soldiers were routed and the forces of good regained control of the Planetarium. Combat was fierce, but Commander Overton was assisted by the support offered to the Rebellion by the local community, who called upon their knowledge of recondite science fiction trivia to save the day.

Doktor Sinister remains at large and is considered armed and ... sinister. 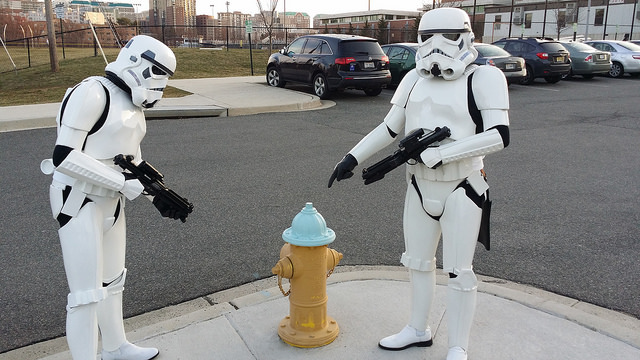