In 1896 Professor Edward Charles Pickering, director of the Harvard College Observatory, acquired the services of about a dozen computers to help construct a catalogue of variable stars and classify the spectra of the southern stars.

In those days “computers” were people, often women, who sat together in a room and did arithmetic. The Professor paid his computers 50¢ an hour.

One of these computers was Annie Jump Cannon. She soon evinced an usual talent for spectral detective work. Eventually she was considered the world’s foremost expert on stellar classification, and discovered about 300 new variable stars. She had a stellar 40 year career as an astronomer, during which she became the first recipient of an honorary doctorate from Oxford, the first woman elected an officer of the American Astronomical Society, and eventually won the highly prestigious Draper Award from the National Academy of Sciences. However, she suffered the usual difficulties faced by female scientists of this era, only receiving a permanent appointment at the Harvard College Observatory in 1938, a few years before her death.

A. J. Cannon was a major character in the 8th episode of the new Cosmos series, called “Sisters of the Sun.” 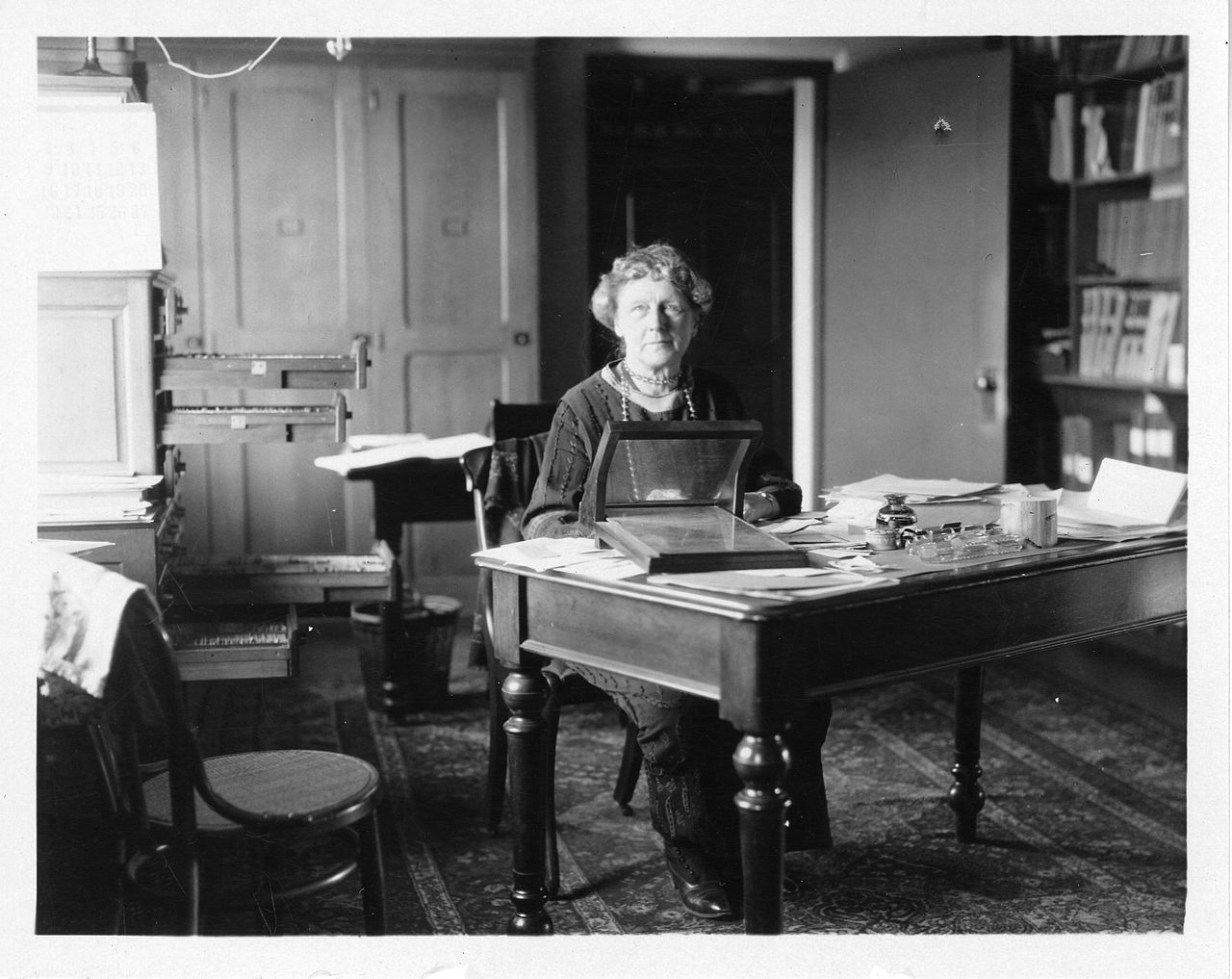 A. J. Cannon at her desk at the Harvard College Observatory.