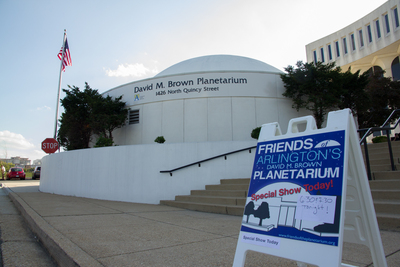 The crowd that gathered was treated to live music: a vocal duet headed by Yorktown High School English Teacher Kelly Dillon and her partner, backed up by most of the Yorktown Yahoos! 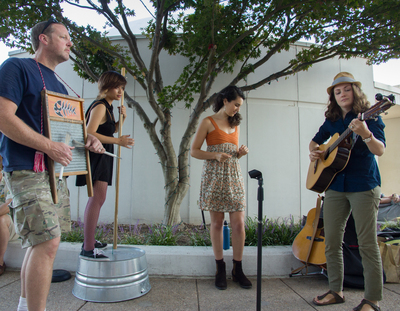 While the musicians were performing, they were obligated to dodge a small barrage of incoming missiles from the Rockets! table, headed by FOP Board Member Lee Phillips and his fifth-grade offspring. 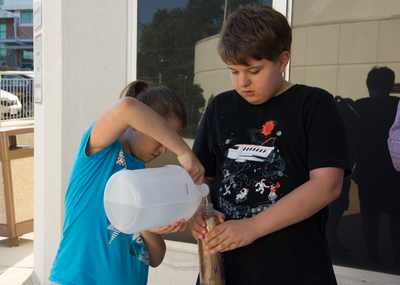 Lee and the twins de­mon­stra­ted simple rockets made from film canisters and Alka Seltzer, air pump rockets, and the musician-threatening baking soda and vinegar missiles fashioned from plastic drink bottles. 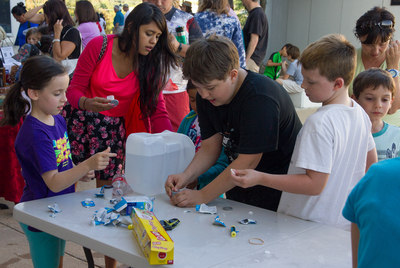 The public was well-prepared to understand the principles of rocketry because special guest Sir Isaac Newton was on hand to explain his ingenious Third Law, as well as other principles of natural philosophy, and display his many fasc­inating instruments. 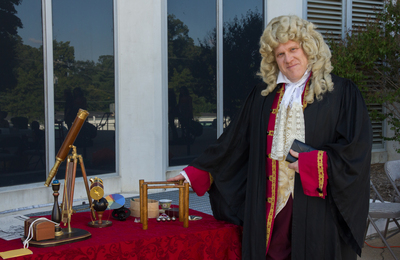 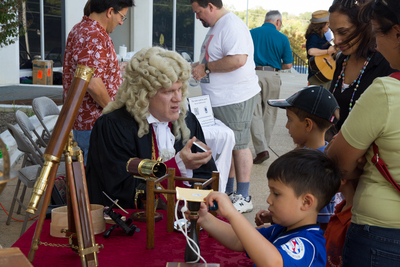 FOP Board member Kathi Overton (who took all these photographs) and her husband made three batches of liquid nitrogen ice-cream, much to the delight of the onlookers, who were mesmerized by the mystical process. 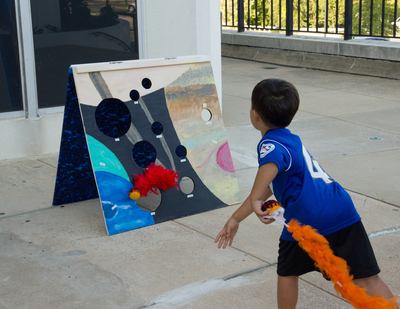 Thanks to all who came out to kick off the Friends of the Planetarium 2014-2015 season of 3rd weekend programming! Renew your membership today! 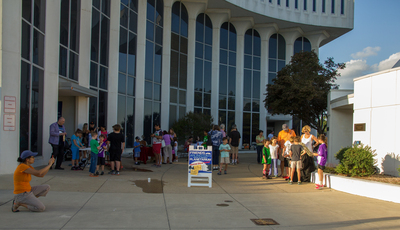