Welcome to the first of our monthly newsletters. We will be bringing this to your mailbox around the middle of each month, to keep you informed about Planetarium and Friends news, as well as happenings in the world of astronomy and events in our area related to science education.

Chuck Yeager, the first to break sound barrier, dies at 97. General Yeager was born in a small town in West Virginia and was a pilot for over 60 years. In 1947, the 24-year-old was the first person to fly faster than the speed of sound, but this fact was kept secret for a year. His work as a test pilot was important to the development of the space program. He also shot down 13 German planes during WWII. Gen. Yeager died on Dec. 7th, shortly before 9 p.m.

Losing Arecibo’s giant dish leaves humans more vulnerable to space rocks. The loss of the Arecibo radio telescope, the only such instrument in the U.S. with the ability to transmit, was not only a sad event for the people of Puerto Rico and for the world of astronomy; it was also a bad day for planetary defense. Arecibo’s unique abilities enabled it to quickly gather orbital information about any of the 25,000 near-Earth asteroids that became potential threats to our planet.

The Earth has been running fast lately The rate of rotation of the Earth varies constantly due to radial variations in mass distribution: the melting of glaciers, movement in the core, and even the rise of sap in the trees. On average, however, we are slowing down, leading to the addition of leap seconds every year and a half or so. Recently, however, we have been spinning a littler faster, on average, than usual. Nobody knows why, but this speedup may require the first-ever negative leap second

Total solar eclipse in South America On December 14th a swath of Argentina and Chile experienced a total eclipse. Parts of Argentina had good conditions, but other areas in the path of totality suffered from thick cloud cover. The next chance to experience this impressive phenomenon will be on December 4, 2021, in Antarctica.

FOTP president to speak at MPSA PTA Jennifer Bartlett, the president of the Board of Directors of the Friends of the Planetarium, will speak on Tuesday, January 5, at the meeting of the Parents-Teachers Association of the Montessori Public School of Arlington. Among other things, she will discuss the need for the Planetarium to secure funding to upgrade our projection system.

Orreries, Armillary Spheres and Planetariums. Today’s domed theaters with high resolution digital projectors are only the latest incarnation of our attempts to reproduce the movement of the planets and the stars. For hundreds of years, a state of the art planetarium was an orrery, a clockwork mechanical model of the solar system, showing the planets (and sometimes some moons) moving through their orbits. The armillary sphere, a model consisting of a series of rings encircling a central sphere, was also used. 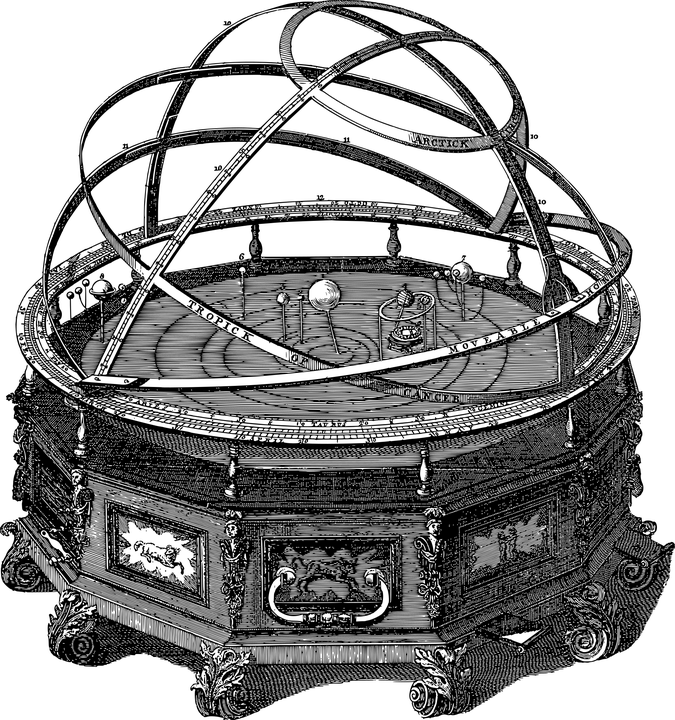 The first “modern” planetarium, using a projector to represent the sky on the inside of a dome, opened to the public in Munich, Germany in 1925, and the oldest planetarium in the US is the famous Adler Planetarium, which opened in Chicago in 1930. Kathi Overton