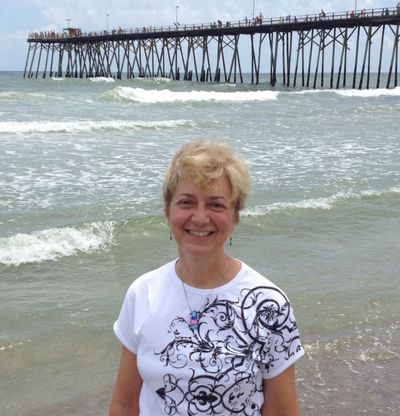 As an "Army brat", Alice traveled far and wide with her family, but Arlington was always her home base. When her family was stationed locally, she attended Reed Elementary, Swanson, and Washington-Lee High School. Two events during senior year strongly influenced her future career: a class trip to Florida to see the Apollo 16 launch, and a class visit to the newly-opened Arlington Planetarium. After a 35-year career at the US Naval Observatory, doing geodetic astronomy, stellar astrometry, and planetary astronomy, she wondered if she could get a job at the planetarium after retirement. Little did she know! After speaking at a school board meeting in support of the planetarium, she found herself roped into the group that would become the Friends of the Planetarium, and didn't duck fast enough to avoid being elected President. It's been a super experience working with the Friends and Arlington Public Schools to make our planetarium one of the coolest places to learn about science in the DC area. Best. Retirement. Job. Ever.